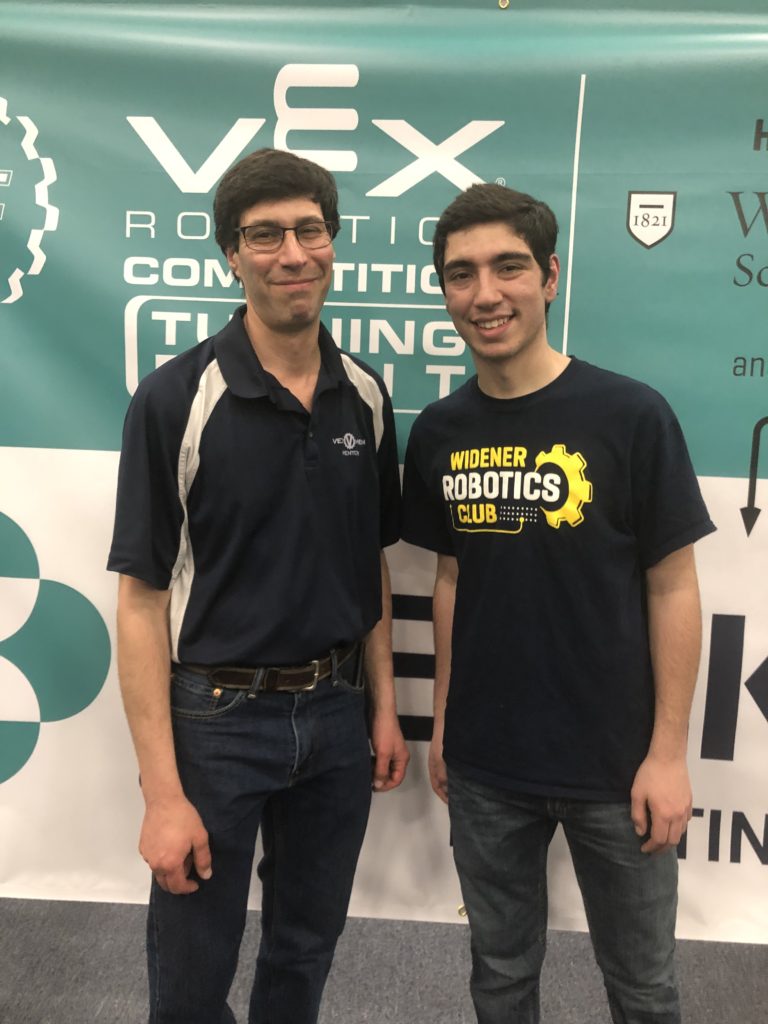 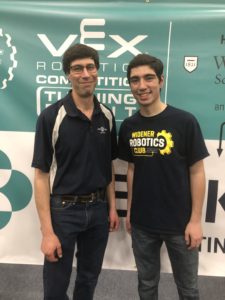 Both the middle and high school VEX Robotics Competition had a Lubeck in attendance this year.

Steven Lubeck, President of Laser-View Technologies, was head referee for VEX Robotics Middle School Competition. His son, Nicholas Lubeck (Widener Freshman Robotics Major) was MC for the High School Competition, which was hosted at Widener University this past weekend.

During the fall, winter, and spring, both Steven and Nicholas spend most weekends competing and volunteering at Robotics Events. When these two competitions came up, they both were thrilled to partake in them.

Widener welcomed the VEX Competition shortly after launching the first-in-the-region robotics undergraduate major. More than 500 middle and high school students from Pennsylvania and the surrounding areas made their way to the 2018-2019 VEX Robotics Competition Turning Point on Saturday, February 16th. The event also included middle school- and grade school-level students participating in the VEX IQ Challenge. 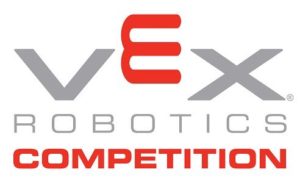 Learn more about the details of the challenge at the VEX Robotics website.

The action-packed 2018-2019 VRC Turning Point is played on a 12’x12’ field. Two Alliances – one “red” and one “blue” – composed of two Teams each, compete in matches consisting of a 15 second Autonomous Period, followed by a one minute and forty-five second Driver Controlled Period.

The object of the game is to attain a higher score than the opposing Alliance by High Scoring or Low Scoring Caps, Toggling Flags, and by Alliance Parking or Center Parking Robots on the Platforms.

A big thank-you to the sponsors and companies that made this event possible.

We look forward to participating at future competitions, and seeing the incredible potential of the scientists of the future! 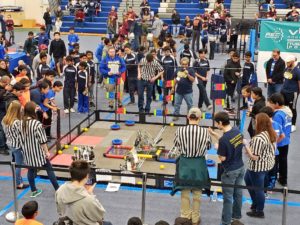